Tax-Free Transfers to Charity Renewed For IRA Owners 70½ or Older; Rollovers This Month Can Still Count For 2014 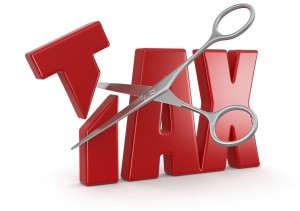 WASHINGTON — Certain owners of individual retirement arrangements (IRAs) have a limited time to make tax-free transfers to eligible charities and have them count for tax-year 2014, the Internal Revenue Service said today.

IRA owners age 70½ or older have until Wednesday, Dec. 31 to make a direct transfer of part or all of their IRA distributions to an eligible charity.

As a result, older IRA owners once again have a different way to give to charity. An IRA owner, age 70½ or over, can directly transfer, tax-free, up to $100,000 per year to an eligible charity. This option, first available in 2006, can be used for distributions from IRAs, regardless of whether the owners itemize their deductions. Distributions from employer-sponsored retirement plans, including SIMPLE IRA plans and simplified employee pension (SEP) plans, are not eligible.

Not all charities are eligible. For example, donor-advised funds and supporting organizations are not eligible recipients.

Amounts transferred to a charity from an IRA are counted in determining whether the owner has met the IRA’s required minimum distribution (RMD).

Where individuals have made nondeductible contributions to their traditional IRAs, a special rule treats amounts distributed to charities as coming first from taxable funds, instead of proportionately from taxable and nontaxable funds, as would be the case with regular distributions.

QCDs are reported on Form 1040 Line 15. The full amount of the QCD is shown on Line 15a. Do not enter any of these amounts on Line 15b but write “QCD” next to that line.