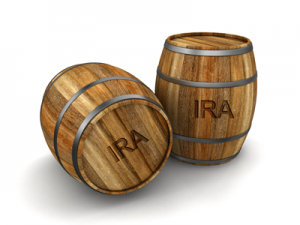 WASHINGTON — The Internal Revenue Service today issued guidance clarifying the impact a 2014 individual retirement arrangement (IRA) rollover has on the one-per-year limit imposed by the Internal Revenue Code on tax-free rollovers between IRAs.

The clarification relates to a change, announced earlier this year, in the way the statutory one-per-year limit applies to rollovers between IRAs. The change in the application of the one-per-year limit reflects an interpretation by the U.S. Tax Court in a January 2014 decision applying the limit to preclude an individual from making more than one tax-free rollover in any one-year period, even if the rollovers involve different IRAs. Before 2015, the one-per-year limit applies only on an IRA-by-IRA basis (that is, only to rollovers involving the same IRAs). Beginning in 2015, the limit will apply by aggregating all of an individual’s IRAs, effectively treating them as if they were one IRA for purposes of applying the limit.

In Announcement 2014-32, posted today on IRS.gov, the IRS made clear that the new interpretation will apply beginning Jan. 1, 2015, and said that a distribution from an IRA received during 2014 and properly rolled over (normally within 60 days) to another IRA, will have no impact on any distributions and rollovers during 2015 involving any other IRAs owned by the same individual. This will give IRA owners a fresh start in 2015 when applying the one-per-year rollover limit to multiple IRAs.

Although an eligible IRA distribution received on or after Jan. 1, 2015 and properly rolled over to another IRA will still get tax-free treatment, subsequent distributions from any of the individual’s IRAs (including traditional and Roth IRAs) received within one year after that distribution will not get tax-free rollover treatment. As today’s guidance makes clear, a rollover between an individual’s Roth IRAs will preclude a separate tax-free rollover within the 1-year period between the individual’s traditional IRAs, and vice versa.

As before, Roth conversions (rollovers from traditional IRAs to Roth IRAs), rollovers between qualified plans and IRAs, and trustee-to-trustee transfers–direct transfers of assets from one IRA trustee to another–are not subject to the one-per-year limit and are disregarded in applying the limit to other rollovers.